In 2021 the Travis documentary became available on Amazon Prime in multiple languages, creating a renewed interest in this highly complex and controversial UFO story from 1975.

Interestingly, just about that same time a renewed effort by a few highly motivated and well-funded individuals to discredit this case began in full force on two continents. Are these synchronicities related? Maybe?

Hence there has been and international outcry of requests for the makers of this film to post some unedited raw footage of interviews archived for this documentary. Below are some interesting short and long interview segments filmed in 2013 and 2014, recounting the first-hand witness testimonies of the police and logging crew members who revisited the site with Travis and the filmmakers. 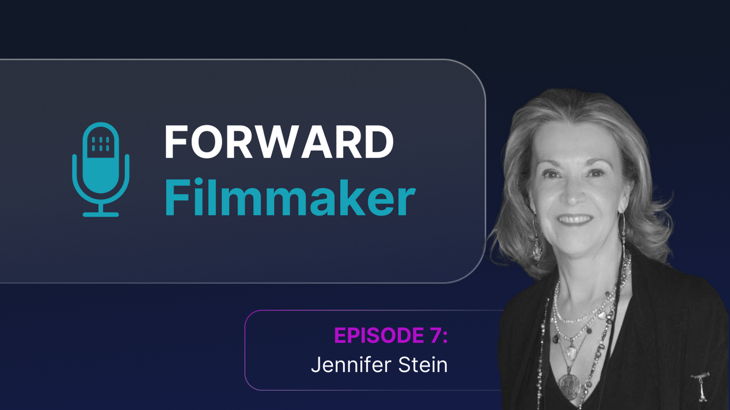 A Never-Before Assembled Panel of 15 Investigators & Witnesses to one of the Most Incredible UFO/ET Contact Cases in History. November 2021 – The Observation Deck Virtual Campus – 3 Panels – 7.5 Hours.

This special program addresses the historically significant facts of this famous UFO case from 1975. Recently new debunkers have once again launched attacks on the facts, details and testimonies in this case attempting to cast confusion and doubt on the case. Personal relationship are being exploited and events details are once again being distorted to support these challenges.

This 7.5 hour international summit provides interesting commentary from experts in the field.

George Knapp was interviewed by Peter Robbins for the TRAVIS documentary film in August of 2014. This video clip is the raw footage of this entire interview posted for the public to understand George’s ideas about this important 1975 UFO event.

George is a multi-award-winning news anchor at KLAS TV in Las Vegas Nevada. He has bravely covered the UFO subject as a mainstream journalist breaking the story of Bob Lazar in the 1990s before anyone would touch the subject.

Steve Pierce describes watching Walton being hit by a beam of light knocking Travis to the ground.

There are many who claim this event never happened as the logging crew have describe it many times before, even today.

Travis has encountered lifelong ridicule regarding his experiences. This rare candid clip Steve Pierce and Travis Walton discuss their memories as they retrace the drive the logging crew took each day to get to the forest site.

Film maker Jen Stein capture footage while she drives. Steve recounts watching Travis hit the ground, and how the whole crew assumed he was dead. Steve states they saw the craft leave the forest so when they returned to get Travis medical help, and he was missing, the crew began to think maybe the craft had taken Travis away.

Steve Pierce and Travis Walton discuss working on a logging contract with Mike Rogers in 1975.

This short film clip was captured by Jennifer Stein while driving to the forest site with Steve Pierce and Travis Walton while filming for the TRAVIS documentary in August of 2013.

The visuals are a bit jumpy as Stein was driving with one hand while holding the camera with the other. She was not looking at the camera lens, but instead shooting blind. The audio remains clear as Pierce and Walton discuss the logging contract and the hours they were working and the route they took to work each day.

Travis Walton speaking about the ridicule he has faced for decades.

Ben Hansen interviews Walton in this brief clip during the filming for the 2014 forest site review done for this documentary film. This raw unedited clip you hear Walton how he and loggers have struggled to make sense of the event enduring humiliation, and accusations of hoaxing this event. Travis has encountered lifelong ridicule regarding his experiences. He explains how you have to grow a tough skin.

A brief description of the polygraph used on the logging crew after Walton's disappearance from TRAVIS documentary film.

This short rough cut film clip was part of an early edit of the polygraph section of the film. Segments of this did not fully make it into the finished film. Clip includes comments from logging crew members Mike Rogers, Steve Peirce, and John Goulette, about taking and passing the polygraph test.

Nat Gordon, the American Polygraph association president in 2012 describes the likelihood that 7 men could take a polygraph test and pass on the same questions is astronomical. He said that is beyond a million to one chance that they are not telling the truth.

“Travis- The True Story of Travis Walton” is the definitive documentary film about a 45-year history of events resulting from a startling UFO encounter November 1975 which forever changed the lives of 7 loggers who witness this event.

The years of sworn testimony, multiple polygraph examinations, numerous specialists looking at this data over decades, along with physical trace evidence, provide the preponderance of evidence enabling this case to be considered one of the most significant UFO cases ever.

The facts surrounding this case continued to reveal pieces of evidence, year after year, as diss informants continue to try to invent alternative stories to explain it away.

This clip is raw footage taken in the forest during the filming for the documentary.

It is important testimony of two additional witness to the UFO craft by a hunter and his wife. They came forward after 15 years to speak with Walton so he might know their story.

There are many who claim this event never happened as the logging crew have describe it many times before. When Walton could not be found after a multi-day man hunt the logging crew came under suspicion murder.

To prove their innocence, they agreed to polygraph examinations. When they passed the polygraphs, the police were forced to consider their sworn testimony seriously, that they all encountered a stunning UFO disc shaped craft in the forest November 5, 1975.

In this short candid clip Steve Peirce accompanies Travis Walton back to the forest site to explain and confirm the events of their UFO sighting. Some dis-informants have claimed the hill and ridge line was so high that from the logging road you could not see to the top of the ridge line.

As you can see from this video clip it is quite easy to see the top of this hill at the ridge line. Many people have claimed this event never happened as it did, and the propose new ideas and explanations to fit their own narrative.

While it is important to remain skeptical of wild tales, this is one tale you’re going to want to know the facts about if you have any interests in the UFO subject. It is one of the most well- documented and most highly contested UFO stories in modern day history.

Recently dis-informants have claimed these "Thank-You-Mam" road embankments exist on the smooth surfaced gravel rim road known as route 300 on goggle maps. This is incorrect. The location of the road humps to be only on the old logging forest roads in the forest has long been known by the logging crew.

When small details such as these embankments on the logging road become contested, the public that has never been to the site can become confused. To create clarity this short raw footage of Travis and Ken Peterson walking over these Thank-You-Mam humps in the road with Ben Hansen has been posted for all to see what they look like.

Travis has encountered lifelong ridicule regarding his experiences. This is a rare candid clip of Ken Peterson and Travis Walton discussing their memories as they retrace the drive the logging crew took each day to get to the forest work site. There are many who claim this event never happened as the logging crew have describe it many times before, even today.

Sheriff Marlin Gillespie was interviewed at his home in Holbrook Arizona by Travis Walton and film maker Jennifer W. Stein, on August 4, 2014. The purpose of this interview was to allow Marlin to recount his experiences investigating the missing persons case of Travis Walton reported on November 5, 1975.

Marlin’s complete interview has been posted for public view for all to understand the facts of this case which continually are discounted by miss-informed individuals. Marlin states the Arizona prison system was contacted for human tracking dogs to help in the multi-day manhunt. When we turned the camera off Marlin could not wait to finally tell Travis about one of his own significant UFO experiences which happened shortly after Travis’s event.

More can be learned about our multiple award-winning documentary film by visiting TravisWaltonTheMovie.com the film is now streaming on multiple channels including Amazon Prime and can be found with optional subtitles in multiple languages: English, French, Spanish, Portuguese and Japanese.